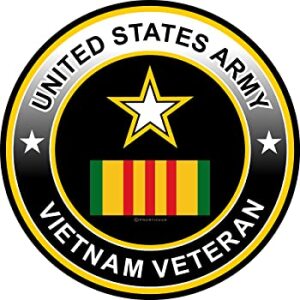 He was born July 16, 1943 in Bogalusa, LA to the late Margaret Allene Bright Wilcox and Rev. Herbert Allen Wilcox.

Frederick served his country during the Vietnam War from November 1960 – April 1965, as a Military Policeman. During his time in the military, Frederick was stationed in Garmisch, Germany and Berchtesgaden, Germany.

As the son of a minister, Frederick began assisting with the construction of churches at the age of 12. He would go on to pursue a career in heavy construction. Fred’s first union job was in 1965 on Racine Locks and Dam, located on the Ohio River. There he worked as a form carpenter for DRAVO Corporation. The following year, Blount International would hire Fred as a rigger on Hannibal Locks and Dam, also located on the Ohio River.

In 1969, Fred worked for EBASCO as a Rigger Foreman on the multimillion dollar Ludington Pumped Storage Power Plant, on Lake Michigan - the fifth largest of its kind in the world. A local Ludington paper called Fred, “The Human Caterpillar” for his skill and ease when it came to scaling unbelievable heights. From Michigan, Fred would move with EBASCO to Hutchinson Island, FL to build St. Lucie Nuclear Power Plant, completed in 1976.

If there was one thing that Fred truly excelled at and was proud of, it was his career in construction. He worked for some of the largest construction companies in the world, building vital infrastructures across the USA. Fred risked his life over and over again so that our citizens could have electricity, ships could navigate rivers, and automobiles could safely travel across large bodies of water.

Over the years, Fred’s work as a carpenter, carpenter foreman, general foreman, pile driver, welder, and rigger would take him to Arkansas, Texas, North and South Carolina, Florida, Ohio, Kentucky, West Virginia, and Tennessee, building everything from long, interstate bridges to high rise banks. His last job, before retirement, was building the Grays Creek Food Lion for his mother-in-law, or so she believed.

He is survived by his “sweetheart” and wife of 34 years, Sheila McLamb-Wilcox; his “puppy dog” Peanut; and his “little boy” Pumpkin the cat.

A graveside service will be held in Beaufort, SC, at Beaufort National Cemetery, on April 27, 2021 at 1:00 PM with military honors.

In lieu of flowers, memorial contributions may be made to the ALS Association at PO Box 37022, Boone, IA 50037-0022, and to Paralyzed Veterans of America, Mid Atlantic Chapter, by calling 804-378-0017 or online at https://www.pvamidatlantic.org/Pages/donate.htm.

To send flowers to the family or plant a tree in memory of Frederick Allen Wilcox, please visit our floral store.