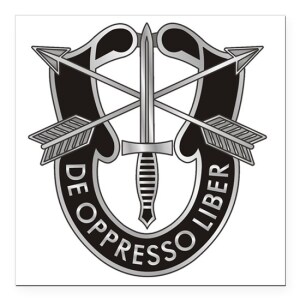 Gordon Victor Stinson, 78 of Fayetteville, North Carolina passed away December 20, 2021.  Gordon was born in Corpus Christi, Texas on November 2, 1943, the son of VV and Oma Stinson.

Gordon moved with his family to Pryor, Oklahoma in 1945 and later graduated from Pryor High School as part of the Fabulous Class of 1962.  Following graduation, he entered the Army, later retiring Army Special Forces 18D/7th Gp after 22 years of service to his country.  While enlisted, he became qualified as a jump master, halo, and SCUBA diver.  After retiring as 1SG, Gordon returned to serve his county in the capacity of a United States Government employee serving one tour in Iraq and two tours in Afghanistan.  Gordon also received a bachelor’s degree in Hospital Management and numerous other certifications in the medical profession.  In addition, he was also extremely proud of becoming a licensed pilot.  He loved riding his big Harley all over the United States, especially through the mountain ranges.  He belonged to the local gun club in Fayetteville and most proudly a lifetime member to the Special Forces Association, VFW.

In addition to his parents, he was predeceased by a daughter, Alexandra Stinson.  Surviving in addition to his loyal wife, Barbara Whetsell Stinson, are his grandson, Nicolas Stinson and two grandchildren, Skylar and Elijah Stinson of Broken Arrow Oklahoma: Stepson Robert Dean Whetsell, Jr. and granddaughter Camryn of Jacksonville, Florida; daughter Sherri Stinson Hoffert, spouse Troy and two granddaughters of Florida; and son Gordan Vance Stinson of Oklahoma.

Private memorial services will take place at a later date.

Online condolences may be made to www.jerniganwarren.com

To send flowers to the family or plant a tree in memory of Gordon Victor Stinson, please visit our floral store.

You can still show your support by sending flowers directly to the family, or by planting a memorial tree in the memory of Gordon Victor Stinson
Share a memory
© 2022 Jernigan-Warren Funeral Home. All Rights Reserved. Funeral Home website by CFS & TA | Terms of Use | Privacy Policy