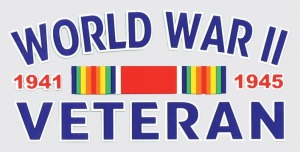 Jerome Brooks Allen, 98 of Fayetteville, passed away on Saturday, May 29, 2021, at Highland House Rehabilitation and Health Care.

Brooks (J.B.) was born May 9, 1923, in Ruby, Chesterfield County, SC to the late Sallie Teresa Smith and Joseph Herman Allen. He was preceded in death by his wife, Estelle Coates Allen. They had been married for 78 years. He was also preceded in death buy his siblings, Leslie Murray Allen of Ruby, SC, Juanita Allen Mitchum of Georgetown, SC, Joseph Ross (Tony) Allen of Georgetown, SC, Sara Delle Allen of Ruby, SC, and Dottie Allen Menius of Surfside Beach, SC.

Jerome Allen joined the Army Air Corp in 1942 and served for 3 years until WWII was over. He served with the 482nd Bombardment Squadron, in the Asiatic-Pacific Theatre. He was stationed in The Northern Mariana Islands on Tinian Island and was a bomb loader. Tinian was where the Enola Gay flew from and carried the first atomic bomb “Little Boy” to Hiroshima, Japan.

Before moving to Fayetteville, Brooks (J.B.) had been employed by Belk Dept. Store for 15 years from 1949-1964. He was Asst. Mgr. of his first store in Clinton, SC at the age of 26. In his career he moved many times. He was with Belk in Hamlet, NC, and Monroe, NC. He then became Mgr. of his first store in Edgefield, SC, and then moved to Belk in Miami, FL as Mgr. He then wanted to move back closer to home, and his next move was to Hartsville, SC, as Asst. Mgr. of Coker Dept. Store from 1964-1969. With his last move in his career, he came to Fayetteville as Mgr. of The Collins Co. in Eutaw Shopping Center from 1969-1982. After retiring he opened his own clothing store, The Village Clothing Outlet. He retired for good in 1985. He served many years for the Chamber of Commerce in many towns where he lived.

Brooks was a faithful servant of Snyder Memorial Baptist Church since moving to Fayetteville, in 1970. He was a member of the Adult 4 Assembly, and a member of the Bob Cogswell Sunday School Class. He was elected as a Deacon when he lived in Miami, FL.

In lieu of flowers for both parents, the family requests donations be made to the Music Ministry of Snyder Memorial Baptist Church, 701 Westmont Dr., Fayetteville, N.C. 28305.

Online condolences, may be made at www.jerniganwarren.com

To send flowers to the family or plant a tree in memory of Jerome Brooks Allen, please visit our floral store.