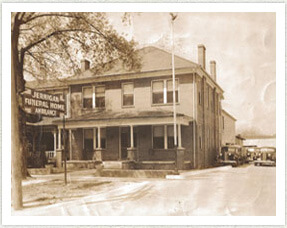 Joe and Flossie Jernigan founded Jernigan Funeral Home in Dunn, North Carolina, in 1930. Two years later they moved their business to the 500 Block of Hay Street in Fayetteville, and then to 206 Gillespie Street, where the business remained until 1958, when the present Funeral Home was built at its location on Ramsey Street. This building was renovated in the early 1970s, creating larger visitation rooms and additional offices.

In 1946, Charles Warren, Joe and Flossie Jernigan's nephew, purchased a one-third interest in the business, and upon Joe Jernigan's retirement in 1952, Charles Warren and Flossie Jernigan became co-owners. Mrs. Jernigan passed away in 1989, and Charles Warren became sole owner. Harold Warren, Charles' younger brother, came to work in the family business in 1989, after retiring from the Cumberland County School System. And in 2009, Charles "Ben" Chambers, Charles and Lucille Warren's grandson, began working full time in the Funeral Home, continuing the family tradition.

Jernigan-Warren Funeral Home was invited to join National Selected Morticians (now Selected Independent Funeral Homes) in 1963. Members of this association operate under strict standards and strive to utilize the best practices in serving families and individuals during their time of need. The Selected members, guided by the Code of Good Practice and the benefit of shared knowledge, are recognized as professionals of a high order.

Charles Warren passed away on December 9, 2010, at the age of 93. His wife, Lucille Warren, ran the business until she died May 16, 2019 at the age of 98. Currently, the Warren family still retains ownership. Charles "Ben" Chambers, Charles and Lucille's grandson, oversees the day to day as President & General Manager and operates the business with a dedicated staff of funeral professionals who have over 165 years of accumulated experience. Daughter, Lucy Warren Chambers serves as Vice President. Jernigan-Warren Funeral Home prides itself on serving each family with care and compassion, and is dedicated to continuing to serve their great community as the business has done for more than 80 years.

In Loving Memory of 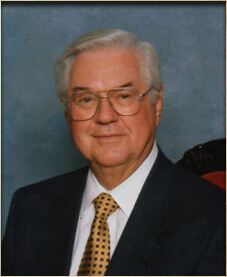